Anglo-Spanish firm Aglaris has developed an autonomous, closed production system for the manufacture of cell therapies such as T-cells and MSCs (Mesenchymal Stem Cells). According to new CEO Steven Docksey, the platform overcomes many issues associated with this new product class.

“Most current processes are intensive, manual techniques derived and scaled-up from the cell preparation techniques used in research labs – adapting existing tools to the job. There is little in the way of genuine innovation that has come to market to address the specific needs of this new class of therapeutics,” Docksey, who joined Aglaris as CEO earlier this month, told BioProcess Insider.

He added current practices lack the traditional depth of GMP and CMC principles well-tested across other areas of biomanufacturing. The time to manufacture a batch is too long and complex, he continued, with too much manual intervention, particularly in autologous applications. 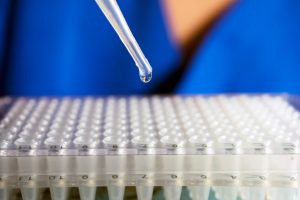 Aglaris says its platform makes more cells in a defined time or the same number of cells in a shorter time, delivering about 25% higher performance. Image: iStock/CIPhotos

“We are dealing with a new product class – a living therapeutic derived from individual patients performing in a highly complex immunological environment – an inconsistent starting point but a need for a consistent end product.”

Aglaris’ Facer technology looks to overcome these issues by using an expansion process built around the proven cell culture methodology of the client. “It does not need a new process to be developed,” Docksey said.

“[The] system is designed from the start to deliver critical manufacturing confidence missing in current cell-based therapies manufacturing,” and include single-use equipment, closed systems, and automation he says offers convenience, scalability and an ease if to change from adherent to suspension culture.

Compared to other technologies available to cell therapy developers, Aglaris’ platform delivers greater and faster output, Docksey said. “It makes more cells in a defined time or the same number of cells in a shorter time, delivering about 25% higher performance.”

He added the platform is more robust and easier to adopt than other market offerings. “It has been designed from the ground up to be a manufacturing system for cell-based therapies – automated, intelligent, no operator intervention, scalable, compliant, eliminates operator intervention in the expansion process, real-time data tracking of the process.” 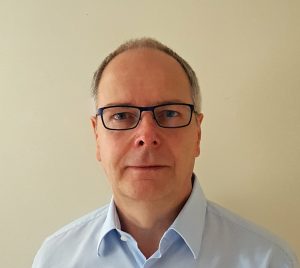 When asked about his strategy for Aglaris going forward, he told us he is looking to establish industrial credibility, innovate further, and launch the Facer system for manufacturing and commercialization towards the end of 2019.

months and for the Facer platform to be formally integrated into their processes.”

Stevenage, UK and Madrid, Spain, 1 July 2018–Today is a great day for Aglaris. Due to the preparation to take our company to the next stage, there has been a change of relevance for all. Through this e-mail, it is an honor for us to introduce to you the new CEO of the company, Steven Docksey, who will join the management team of Aglaris as of today, July 1. Steven will be working part-time and will also join the Board of Directors.

It is a privilege for us to have Steve in Aglaris, given his career path within the world of Bioprocessing. Steve has held senior management positions with world leading companies including: GE Healthcare Life Scienses – Chief Marketing Officer, Millipore Corporation – VP Global Marketing, Millipore Europe – Managing Director, Stedim Biosystems – VP Business Operations. Steve started his career in technology as a research microbiologist and has over 30 years experience in life sciences and healthcare. He has attended senior management programmes at INSEAD business school in Fontainebleau.
Steve will help us take Aglaris one step further. This movement does not imply any changes in the strategy that we have maintained during the last years as we are very satisfied with our trajectory and we want to maintain it.
-ENDS-
CONTACTS
Aglaris Ltd
Dr David Horna
Email: david@aglaris.co.uk
Dr Miquel Costa
Email: miquel@aglaris.co.uk
Twitter: @Aglariscell
NOTES TO EDITOR
About Aglaris Ltd
Aglaris Limited (Aglaris) is developing innovative, automated cell culture platform technologies. Set up in 2014, Aglaris aims to solve the bottleneck in cell and tissue manufacturing, currently inhibiting the wider application of cell-based therapies within regenerative medicine.
Aglaris has a clear aspiration to provide an enabling technology platform to make cell therapy a reality. Novel platforms and stem cell approaches are emerging as potentially promising therapies across a wide range of disease areas. This fast-growing global stem cell market is expected to increase threefold and reach £135 billion by 2020[1]. To meet the needs of cell therapies, cell production needs to be more affordable and technically competitive. Aglaris has developed the Facer 1.0 prototype (integrating the Aglaris technology in an automated bioreactor) and a number of ancillary technologies (e.g., microparticles, filtration system, sensor array etc.) which are currently under validation at Aglaris’ headquarters at the Stevenage Bioscience Catalyst (UK) and its laboratory premises at Parque Tecnológico de Madrid (Spain).
The experienced management team and board bring a proven track record of clinical and scientific credentials in founding, developing and commercialisation of technologies. Investments in Aglaris to date include grants and venture funding from renowned public and private institutions. For further information, please visit www.aglaris.co.uk.
Aglaris Appoints Steven Docksey as CEO

Stevenage, UK and Madrid, Spain, 1 July 2018–Today is a great day for Aglaris. Due to the preparation to take our company to the next stage, there has been a change of relevance for all. Through this e-mail, it is an honor for us to introduce to you the new CEO of the company, Steven Docksey, who will join the management team of Aglaris as of today, July 1. Steven will be working part-time and will also join the Board of Directors.

It seems we cannot find what you are looking for. Perhaps searching can help.